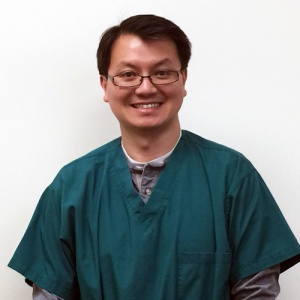 Dr. Steven Cai was born in Guangzhou China and grew up in San Jose, Costa Rica. He attended Cornell University and graduated with Honors in Biology and attained a Master of Science in Food microbiology and Immunology. He then attended medical school at State University of New York- School of medicine at Buffalo. He graduated as Chief resident from SUNY Upstate Medical Center. He is board certified by the American Board of Surgery. He is a Fellow of the American College of Surgeons. Since graduation Dr. Cai joined Chinatown General Surgery as an associate of Dr. Steven Wong. He has been appointed Assistant Clinical Professor at Mount Sinai Icahn School of Medicine while performing surgeries at Mount Sinai Beth Israel medical center. Dr. Cai also enjoys privileges at Maimonides Medical Center in Brooklyn as well as Lenox Hill Hospital in Manhattan.